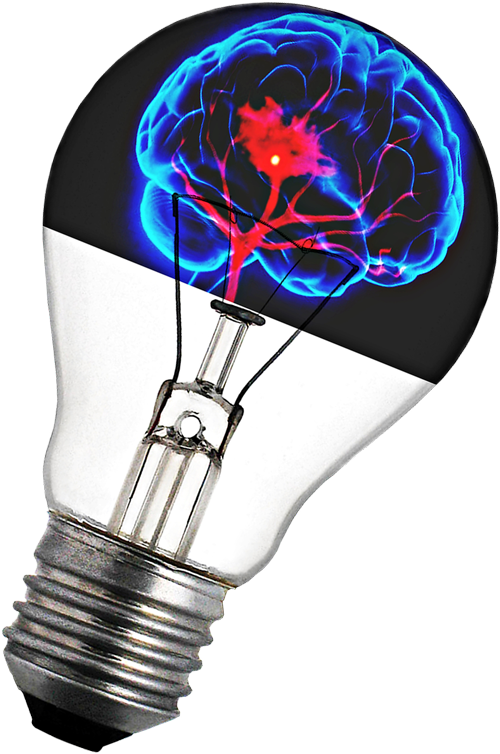 Level of Mid Brain Activation is as follows:

ESP stands for Extra Sensory Perception also called sixth sense, includes reception of information not gained through the recognized physical senses but sensed with the mind. The term was adopted by Duke University psychologist J. B. Rhine to denote psychic abilities such as intuition, telepathy, Psychometry, Clairaudience, and Clairvoyance, and their trans-temporal operation as Precognition or Retrocognition.

ESP is one of the right brain abilities. Makoto Shichida says that ESP forms the Right Brain’s 5 senses similarly to how the left brain senses are sight, touch, taste, hearing, and smell. Through right brain education and the development of the right brain, a child will develop their ESP senses.

ESP is probably the most controversial aspect of right brain education, therefore I urge you to read what Makoto Shichida, Ruiko Henmi, and Right Brain Kids (Wennie Sun and Pamela Hickein) have to say about it.

Do I believe ESP is possible?  Yes, I think it is possible.  I would like to believe it is possible.  The theory seems sound, there is enough testimonials to raise questions regarding its existence, and I think it would be arrogant to assume we know enough about the brain to rule it out as an impossibility.

If you still question the existence of ESP, consider that we once thought the Earth was flat and that the Sun revolved around the Earth.  Anyone who thought differently was believed to be crazy.  Today we know that the Earth is round and it revolves around the Sun.  It is possible that in future the same may be said of ESP.

And if you’re still unconvinced, then you can look at it from this perspective: many of the activities that are recommended for developing ESP abilities are actually fun games that you might easily play with your child.  Other activities are useful for providing other benefits which we will examine in greater detail in another post.  So even if you don’t have any intention of developing your child’s ESP senses, you may still want to play some of these games just as a fun activity to engage your child.  At the very least, it is something entertaining.  At its best, your child may develop his ESP senses and convert you into a believer. ESP generate ability to see any object behind the wall, see hidden object.

The Quantum Speed Reading is the course of three months. As we all know that reading engages the eyes, ears, mouth, and brain. Anyhow, speed perusing connects with these faculties considerably more than typical perusing on the grounds that you utilize your faculties and mental aptitude much all the more effectively. Speed Reading is the enhancement program which is based on the ultra-fast reading, memorizing & reproducing and hence the student perceives the ability to understand the process of the activation of the image, also, let our psyche to see an unmistakable picture and the methodology of picture simply like the connection of viewing motion pictures.

As the rapid advance of the fluctuations, the activation of the brain image function can able to let you to see the images in your eyes like watching the movies. On the other hand, the length of the impression of instability through an extraordinary ultra-perusing preparing, our brains will have the capacity to bit by bit adjust to thusly of perusing, see the content specifically from the reflected picture seeing, in this manner extraordinarily accelerating the perusing rate.

There are four major steps to learn speed read:

Visualize : This is again a very important step to do speed reading. Through visualization process, the child visualize the content & able to tell it in his own words. He is able to reiterate the same after visualizing the images & content & than imagine & reproducing the whole story in his own words.

Natural Vision : With regular vision you utilize your entire field of vision (fringe vision) to catch vast pieces of print on a page. You not only see 3 to 12 words per line, but you also see 3 to 8 lines of print at once also.

Relax : Normally, when people concentrate on something they focus their minds on something and become somewhat mentally tense; but with speed reading it is different. To get a maximum understanding of the speed reading, one must be relaxed while concentrating (visualizing). One can get a vibe for this casual feeling in the wake of doing the easygoing perusing activity. When you get a vibe for how to legitimately unwind while envisioning, it will get to be less demanding at whatever point you do velocity perusing.

Daily practice : The significance of every day rehearse can’t be disregarded. After numerous velocity perusing classes, one pattern has gotten to be self-evident: Those who hone every day get to be decent at rate perusing; however while the individuals who disregard it don’t do great in it. This is a completely new technique for reading book without looking at the pages. It was firstly developed in Japan. It is by all accounts extremely surprising in light of the fact that the greater part of us who adapted just to peruse books by perusing a page at once they can read it by basically flipping the pages. It can likewise be used in a few other imaginative routes for retaining anything. This has Basic, Medium, Advance Level.

A photographic memory involves being able to recall images, names, words, and numbers with extreme precision. Having a strong memory relies on neuroplasticity of the brain, or the brain’s ability to reorganize itself over time by breaking and forming new connections. As some fortunate people are already born with an extremely sharp memory, others struggle to remember what they ate for lunch the day before. To improve photographic memory there are sure things you can do to altogether enhance your capacity to review data. Photographic memory is a term regularly used to depict an individual who appears to be ready to review visual data in awesome point of interest. Generally as a photo solidifies a minute in time, the suggestion for individuals thought to have photographic memory is that they can take mental depictions and afterward review these previews without lapse. This preparation is loaded with imagination and planned in play way system with heaps of fun and pleasure. This has fundamental, medium, development level.

A person who is able to make use of telepathy is said to be able to read the thoughts and stored information in the brain of others.  It can also be used to transfer information from one Telepath to another. It has been discovered that one of the Schumann resonance frequencies (natural resonance of our planet) had a particularly powerful ability to carry human thought.

This makes sense as it exactly matches the frequency of the brain when in a deep trance state.  Telepathy is the direct transference of thought from one person (sender) to another person (receiver) without using normal sensory channels.  Telepathy is a child’s ability to make a successful guess of what is visualized in the mind of his parent.

Telepathy is a child’s ability to make a successful guess of what is visualised in the mind of his parent.

Clairvoyance is a sixth sense. It  creates the power to see objects and visions. The visions can be in the future, and some times in the past. The sixth sense is related to the images that are always present in your mind that bring messages from other dimensions. These images can be shape, colors, still, animated, remain only a few seconds or last a longer time. You may ‘see’ them with your eyes open or closed.

Clairaudience means ‘clear-hearing’ in French, and is used to denote the faculty of extra sensory hearing, that is the perception of sounds, voices and music not audible to normal hearing.

Both phenomena can occur in normal state of consciousness, but it can be improved with training.

The Clairvoyance is used to develop you clairvoyant, clairaudient and clairsentient ability. Within a few weeks you will have a much higher sense of what is around you. You will also tend to know instinctively what you need to do (many people use a pendulum for this – you don’t necessarily need it once this faculty is developed).

The Precognition program is used to develop your ability to see the future (this will happen almost entirely in your dreams). The majority of the precognitive dreams you have will be of mundane events (this has been completely correlated to the deja vu feelings most of us experience – whenever you get deja vu it means that you dream that exact series of events some time previously) but it is possible (but rare) to have precognition of future catastrophic events or lottery wins. We have had a number of students who have reported horse racing predictions or lottery wins.

These activities cultivate the ability to predict what is going to happen. Predictive power can be seen in instances such as when your child says that there is going to be a telephone call from grandma, and then grandma calls. Tell your child that what he is trying to guess about in the future will be seen as an image by the special eye. Tell your child about the special eye which is located on his forehead. If he keeps calm, whatever he is trying to guess at will appear as an image before that special eye.

Flashes of inspiration, intuition, creativity, and deep sensitivity are all right brain activities. Developing children’s HSP abilities means opening up the way to a world beyond logic, a world of inspiration.

Remote Viewing is the ability to travel, in your mind, to your chosen location in space-time.  It has been found that the phenomena of remote viewing and Psychometry seem to be particularly enhanced using alpha brainwave frequencies in the middle of the range.  The addition of certain beta harmonics to the dominant alpha frequency can further enhance this ability.

Your ability to quickly induce altered states of consciousness will dramatically increase.

Your ability to travel, in your mind,  to your chosen location in space – time will be greatly improved and the accuracy of your imagery will be increased.

The research into remote viewing reached its peak in the cold war of the 1970’s. Their are many techniques currently available to promote Remote Viewing. This harmonic will enhance all of them significantly.

error: Content is protected !! All Rights Reserved With Schools Of Excellence